This package requires you to own Call Of Duty Modern Warfare 2019.

You will receive the following:

All orders are completed in under 24 hours.
All our tools are tested to ensure the safety of your account. We have a 0% ban rate on all our COD services and we make daily improvements to our service to maintain that number.

We’ve been there before and we will definitely support you too. Whilst Black Ops Cold War is incredibly an interesting game that serves as a tool to combat boredom and have a great experience of video game. It can also be very challenging when you’ve lot of quests and missions to accomplish as a new player but you don’t have the time and strength to accumulate money and experience to achieve that.

Then, the perfect option is to boost your CW account, mod it and take the advantage of some recovery packages too. Besides, you might want to be extremely careful about where you’ll buy your Cold War boost from, let Void Modding help you out with affordable array of boosting service.

Tired of struggling to crack Cold War up and achieve a high rank? Then you’ve come to the right place where you’ll definitely overtake several quests and missions as a new player and make your aspiration come into reality.

Call of Duty: Black Ops Cold War is a 2020 first-person shooter video game developed by Treyarch and Raven Software and published by Activision. It is the sixth installment in the Black Ops series, and the seventeenth installment in the overall Call of Duty series. Serving as the direct sequel to Call of Duty: Black Ops (2010) and the direct prequel to Call of Duty: Black Ops II (2012), the game was released on November 13, 2020. Black Ops Cold War is set during the early 1980s of the Cold War. Its campaign follows CIA officer Russell Adler as he pursues Perseus, an alleged Soviet spy, whose stated goal is to subvert the United States and tilt the balance of power toward the Soviet Union. Multiplayer has new game modes, more extensive customization, and new map dynamics and elements.

Nothing is ever as it seems, as Raven Software brings a gripping single-player Campaign where players will come face-to-face with historical figures and hard truths, as they battle around the globe through iconic locales like East Berlin, Vietnam, Turkey, Soviet KGB headquarters, and more.

The next chapter of the iconic Black Ops Multiplayer experience is here, defined by signature combat, deniable operations, and a connected experience across platforms and generations.

Black Ops Cold War Zombies is set to take veterans and newcomers alike on a bold and terrifying journey that expands on an iconic part of the Call of Duty franchise. This co-op mode includes new ways to progress, classic Perks, and an arsenal of Cold War-era Zombies weaponry that will help survivors dominate the legions of undead.

Black Ops Cold War will support and build on the hit, free-to-play experience Call of Duty: Warzone. Like every off-the-books clandestine operation, expect to uncover more secrets, and experience memorable moments as the Cold War heats up across Verdansk (and beyond) in the months and seasons ahead.

Other than that it works don't know what else to say 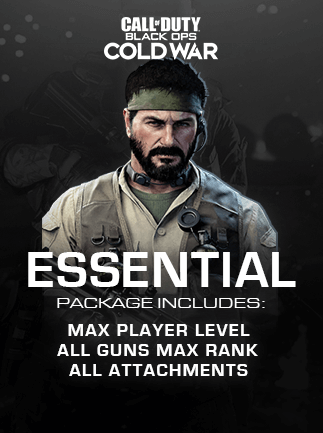